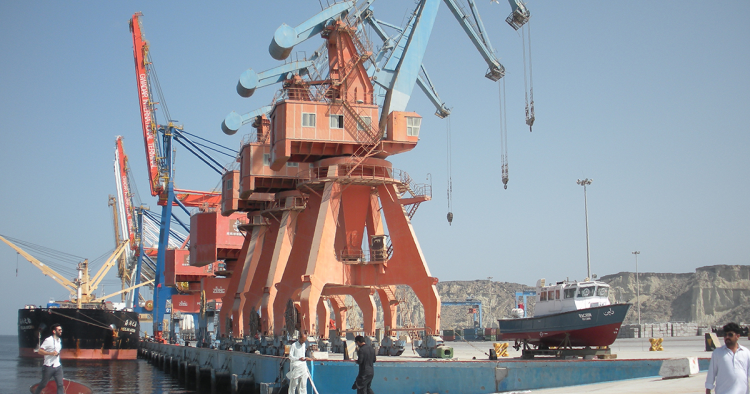 As an ambitious and rapidly growing superpower, China has quickly distinguished itself in emerging technology. The country has long leveraged its ubiquitous tech sector for diplomatic and political advantage. China’s technological outreach encompasses its international infrastructure mega-project, the Belt and Road Initiative (BRI), which aims to reorient the global economy toward Beijing through infrastructure deals with over 60 countries. Perhaps the BRI’s most consequential component will be the Digital Silk Road (DSR). Led by companies like Huawei, the DSR seeks to connect the global economy through emerging technologies that are set to revolutionize global networks, such as fiber-optic cables and 5G-supported communications. While these projects come to fruition, China’s ambitions are becoming integral to the Middle East’s economy. As a case in point,  Beijing has found a way to assert itself and challenge the U.S. geopolitically through the expansion of next generation fiber-optic cables.

One of the most ambitious elements of the DSR is the Pakistan & East Africa Connecting Europe (PEACE) fiber-optic cable. China has long expressed its ambition to connect the greater Middle East, Africa, and Europe with Chinese fiber optics in order to expand its presence in the region. Beijing now boasts strategic infrastructure assets in geopolitical hotspots. For example, the Pakistani port of Gwadar is now under Beijing’s influence as the foreign port’s operator via a Chinese corporate entity — the China Overseas Ports Holding Company1 — and serves as a landing station for the PEACE fiber-optic cable. In Djibouti City, meanwhile, China has built its first overseas military installation as well as landing stations for the PEACE Cable. Chinese involvement at these and other critical locations of the PEACE cable illustrates the geopolitical importance of undersea fiber-optic cables.

Connecting the world’s internet through fiber-optic cables is increasingly important to global communications and economics. The world’s seabed fiber-optic lines currently carry about 95% of intercontinental data traffic.2 Approximately 380 submarine fiber-optic cables transmit data across the globe by means of about 1,000 coastal landing stations.3 Given the relatively small number of sea cables linking to a multitude of land-based stations, vulnerable and secure, states strive to build capacities in this critical area of digital infrastructure. China, notably through a Huawei subsidiary, now provides fiber-optic cables for global use. U.S. firm SubCom and firms of several U.S. allies have traditionally dominated the field of fiber optics,4 but in recent years Huawei Marine has become the fourth-largest player in the industry.5

As with other international digital infrastructure, such as 5G networks, questions surround the security of fiber-optic cables and the responsibility of public and private actors to protect privacy on an enormous scale. A common concern among policymakers in the U.S. and elsewhere is the potential use of network management software to “cut, disrupt, divert, or monitor'' information.6 Information is carried and switched among different cables based primarily on available capacity and agreements between cable operators.7 Thus, users usually cannot choose which cables carry their information. With growing tensions pitting the U.S. and its allies against China in a fight for global ascendancy, the construction and maintenance of fiber-optic cables have stoked a geostrategic competition and the technology’s vulnerabilities have raised concerns about national and regional security.

A New Space In Geopolitics

Exacerbating these concerns is the build-out of Huawei Marine’s cables across geographic nodes that are crucial to global communication and U.S. interests. Forming the shortest route between Asia and Africa,8 the PEACE Cable originates in Karachi and the Chinese-built port of Gwadar and proceeds to points in East Africa, Egypt, and Europe before terminating in Marseille.9 The cable will connect the future digital economy through Chinese infrastructure, and help Beijing reach its “Made in 2025” Initiative target of taking a 60% share in the global fiber-optic market.10 For PEACE, China and Huawei purposefully chose countries with geostrategic value as intermediary landing points. Clearly, Chinese policymakers are thinking about more than just business when it comes to fiber optics.

Located at the intersection between the Arabian Sea, Central Asia, and the Middle East, Pakistan has been identified by the Chinese as a point of access to build infrastructure. Beijing’s investments in Pakistan will be critical for China’s capacity to become a primary tech infrastructure supplier to Europe, the Middle East, and Asia (EMEA). The PEACE Cable and other projects in Pakistan under the larger program known as the China-Pakistan Economic Corridor (CPEC) already play a crucial role in China’s global digital infrastructure ambitions.

Pakistan has worked with China on expanding its use of emerging technology in governance and economics. Recently, for example, Pakistan entered into agreements on major DSR initiatives, including “smart cities.” Still in their early years, these projects have yet to reach their full impact. Nonetheless, they will certainly further Sino-Pakistani tech cooperation and hasten Islamabad’s adoption of Chinese technology and norms.

The PEACE Cable’s easternmost endpoints are located on Pakistan’s Arabian Sea coast. Karachi has become a major landing station for undersea cables. Unlike the fiber-optic cable hub of Karachi, the second Pakistani landing station for the PEACE Cable, located in Gwadar, demonstrates China’s deeper interest in Pakistan as a convenient regional hub for its global infrastructure ambitions. The Chinese have invested heavily in Gwadar, a centerpiece of the CPEC relationship — a partnership involving projects with an estimated total price tag ranging from $27 billion to as much as $62 billion — to transform it into a major port. Chinese investment in Gwadar to broaden global internet infrastructure is stimulated by PEACE’s status as the city’s only fiber-optic cable.11

China’s heavy investment in Pakistan, however, has raised concerns about debt stress in the country. According to the Center for Global Development, Pakistan has “high” risk of debt stress, largely because of its inability to repay BRI loans.12 In its latest Article IV report on the country, the IMF put Pakistan’s total debt to China at $18.43 billion as of the end of FY 2020/21 — a significant share of its total external debt of $91.77 billion. The inability to repay China for much-needed infrastructure projects could give Beijing influence over Islamabad’s finances, economy, and politics. Debt for equity swaps, like the 2016 agreement between Sri Lanka and China, could give China control over Pakistan’s infrastructure, particularly as Islamabad faces pressure to modernize. Meanwhile, the country’s social safety net and equity of economic opportunity continue to suffer.

Also designated as a “high” risk country for BRI debt,13 Djibouti plays a strategic role in both China’s overall BRI-DSR initiative and the strategic PEACE Cable component. Located at a critical junction bordering the Bab el-Mandab Strait and the Gulf of Aden, Djibouti is well situated to handle communications and trade between the Indian Ocean and the Red and Mediterranean seas. The states bordering the Gulf of Aden and the entrance to the Red Sea have become a natural place for landing stations for information traveling through EMEA. Their strategic placement has given Yemen14 and Somalia — states on the verge of failure — a surprising role in the global fiber-optic infrastructure. The PEACE Cable has greatly increased the cable traffic transiting Somalia15 Yet the largest fiber-optic hub in the region and closest to the vital Bab el-Mandeb Strait is Djibouti. Djibouti City and the coastal town of Haramous host the most land stations for fiber-optic cables crossing the strategic strait.16 Drawn in by the potential profits, local players like Djibouti Telecom have partnered with Huawei.17

China has prioritized Djibouti because of the country’s role in securing free movement of its trade and promoting its political interests. China established its first overseas military base in Djibouti’s capital, Djibouti City, in 2017.18 Djibouti’s indebtedness to China (China’s almost $1.4 billion in funding equals 75% of the East African nation’s GDP)19 and geostrategic value, demonstrated by the Chinese military installation, have made it a safe bet as a focal point for the BRI-DSR’s PEACE Cable.

Home to some of the last landing stations before cables reach Europe,20 Egypt is key to Beijing’s PEACE Cable and broader global digital infrastructure. The Suez Canal Zone, already a major transit point for international commerce, has become pivotal for international communications through fiber-optic cables. Eight landing stations provide for 34 midpoints for cables in the Suez Canal Zone and the Alexandria-Nile region.21 Egypt now has among the largest number of landing stations for fiber optic-cables in MENA.22 Egypt’s biggest trading partner, China invests heavily in the country, a strategic ally and linchpin for its larger global initiatives.23 Located between Africa, the Middle East, and the Mediterranean and Red seas, Egypt is vital to trade and transportation between Eurasia and Africa. Egypt’s location serves a major objective of Beijing’s BRI investment in North Africa –– securing transport of its goods to the European market via the Mediterranean. China has invested heavily in the Suez Canal’s economic zone — the last stretch of the PEACE Cable before Europe — as well as the construction of the New Administrative Capital outside Cairo.24 It has also invested in Egypt’s technology infrastructure and Egyptians’ technical skills. Huawei has trained over 5,000 Egyptian information and communication technology (ICT) professionals at four different centers, built the first “OpenLab” — an Internet of Things platform — in Cairo, and introduced ICT smart city solutions. These are all important first steps for turning Egypt into a next-generation technology hub.25 Beijing’s initiative to train Egypt’s next generation of ICT professionals complements its efforts to influence the country’s digital infrastructure and develop its economy, helping to alleviate staggering levels of youth unemployment. With a leading role in Egypt’s digital infrastructure, China looks to instill its ICT norms and shape the North African country’s future.

The PEACE Cable and the larger DSR initiative directly challenge the influence and authority of the U.S. in regions where it previously enjoyed hegemony. China now contests geostrategic locations like Suez and Djibouti both economically and, in the latter example, militarily. These critical “chokepoints” in geopolitics could be used to threaten American, Chinese, or global economic interests — both physical and digital.

Pakistan was an important ally to the U.S. in the Cold War and, although at times double dealing, in the War on Terror. China’s influence over Pakistan through financing and trade could realign Islamabad amid the new era of strategic competition. Tensions over Pakistan’s conduct during the War on Terror and Washington’s warming relations with both China’s and Pakistan’s adversary, India, have further stressed Pakistan-U.S. relations, giving Beijing an opportunity to strengthen its ties with its South Asian neighbor.

Great power competition in Africa is nowhere more visible than in Djibouti. In its capital city, the East African nation hosts both the first foreign Chinese base and the American Camp Leonnier with 4,000 stationed troops in addition to the Chabelley Airfield with drone-deployment capabilities.26 Djibouti’s massive debts to China from BRI could move the strategically located country into China’s sphere of influence and compromise the U.S. military posture in the region.

In Egypt, ties between Cairo and Beijing challenge the U.S. relationship with an ally that has been a pillar of its foreign policy and remains the fourth-biggest recipient of U.S. foreign aid. China, as Egypt’s largest trading partner and a major infrastructure investor, competes for influence against the U.S.’s military and political alliance. The close relationship between the el-Sisi regime and Beijing could further push Cairo into Beijing’s orbit, as evidenced by the Egyptian president’s six visits to China.27 Beijing’s laxity on human rights further encourages Cairo to strengthen its ties with Beijing over Washington to maintain the authoritarian status quo.

Chinese investment in digital infrastructure like fiber-optic cables, business, and technical skills in these critical countries will increase Beijing’s influence as they develop into digitally based economies. China’s growing economic and soft-power leverage through infrastructure and digital outreach could eventually push the U.S. out of its traditional commanding role in these countries. A U.S. looking to “pivot” from MENA to the Indo-Pacific will continue to push countries like Pakistan, Djibouti, and Egypt, along with their critical waterways and digital nodes, into China’s orbit.